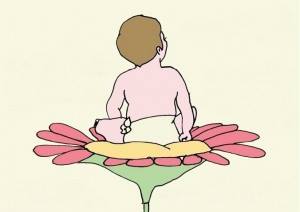 Nappy Valley Nannies was founded in 2008 by two professional mothers, Amanda Gerlis and Diana Keverian-Rand, who passionately believe that all children’s happy growth and well-being is paramount.

Amanda previously worked as a professional nanny for over 15 years. She has worked with children of all ages and has a deep understanding of all requirements from a nanny. Amanda has used various agencies herself, and from the nanny point of view, she felt that some agencies were more concerned in making a placement rather than matching the right nanny with the right family. Now that Amanda has her own children, she has a fuller understanding of the requirements a mother would want in a nanny and felt that she could improve on the service of the existing nanny agencies by providing a very personal service.

Diana Keverian-Rand has worked within a managerial and marketing role for large multinational companies, however, when she herself became a mother some 17 years ago, she left the rat race to care for her family. Diana worked as a nursery teacher and has been involved in all aspects of childcare and the running of a nursery. Diana knows that the importance of having the right nanny or carer is vital for your children’s wellbeing and confidence.

We use cookies on our website to give you the most relevant experience by remembering your preferences and repeat visits. By clicking “Accept”, you consent to the use of ALL the cookies.
Cookie settingsACCEPT
Manage consent

This website uses cookies to improve your experience while you navigate through the website. Out of these, the cookies that are categorized as necessary are stored on your browser as they are essential for the working of basic functionalities of the website. We also use third-party cookies that help us analyze and understand how you use this website. These cookies will be stored in your browser only with your consent. You also have the option to opt-out of these cookies. But opting out of some of these cookies may affect your browsing experience.
Necessary Always Enabled
Necessary cookies are absolutely essential for the website to function properly. These cookies ensure basic functionalities and security features of the website, anonymously.
Functional
Functional cookies help to perform certain functionalities like sharing the content of the website on social media platforms, collect feedbacks, and other third-party features.
Performance
Performance cookies are used to understand and analyze the key performance indexes of the website which helps in delivering a better user experience for the visitors.
Analytics
Analytical cookies are used to understand how visitors interact with the website. These cookies help provide information on metrics the number of visitors, bounce rate, traffic source, etc.
Advertisement
Advertisement cookies are used to provide visitors with relevant ads and marketing campaigns. These cookies track visitors across websites and collect information to provide customized ads.
Others
Other uncategorized cookies are those that are being analyzed and have not been classified into a category as yet.
SAVE & ACCEPT